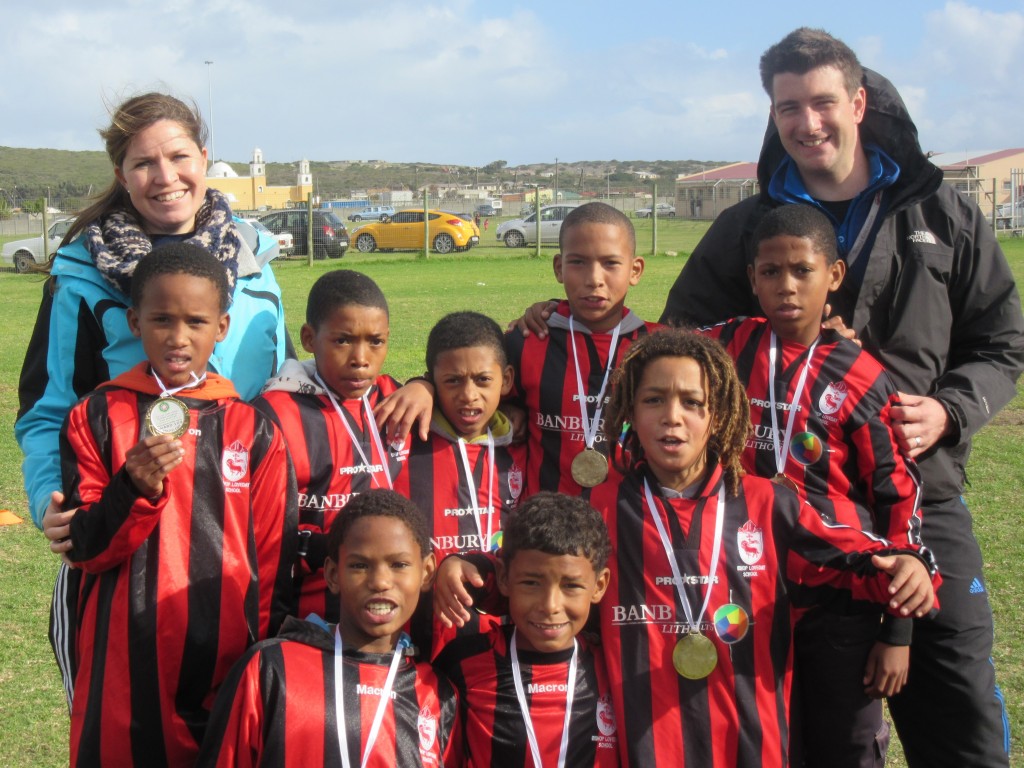 Youth Day commemorates the day in 1976, when many protests took place as students responded to the governments decision to make Afrikaans the medium through which all subjects would be taught. This event has become known as the Soweto Uprising. Now Youth Day is a day when many activities are arranged for the young people across the different provinces of South Africa.

In Macassar, the municipality had arranged a rugby competition and we managed to entered three teams. One of our junior teams was knocked out to a side that clearly had some over-aged players in it. However, our other two teams both reached the finals in their competitions. The teams played extremely well and ended up runners up in both games. Above is a picture of our junior team with their medals. A gallery has been added with other pictures from the day.