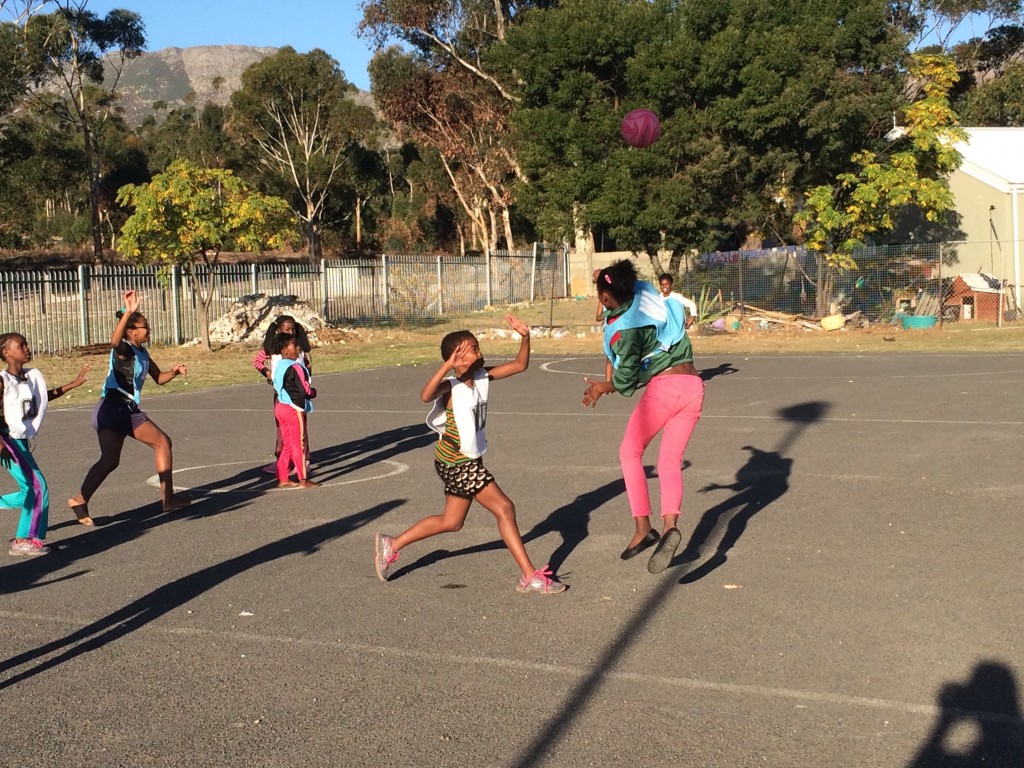 Two weeks ago, we began coaching Netball in Sir Lowry’s Pass. We have been developing relationships with a group called His Ark, who are also working in Sir Lowry’s Pass, and this has given us an opportunity to coach around 20 girls Netball every other week. Already, after two sessions, we have seen the girls’ confidence grow and we look forward to developing their Lifeskills along with Netball in the coming months.