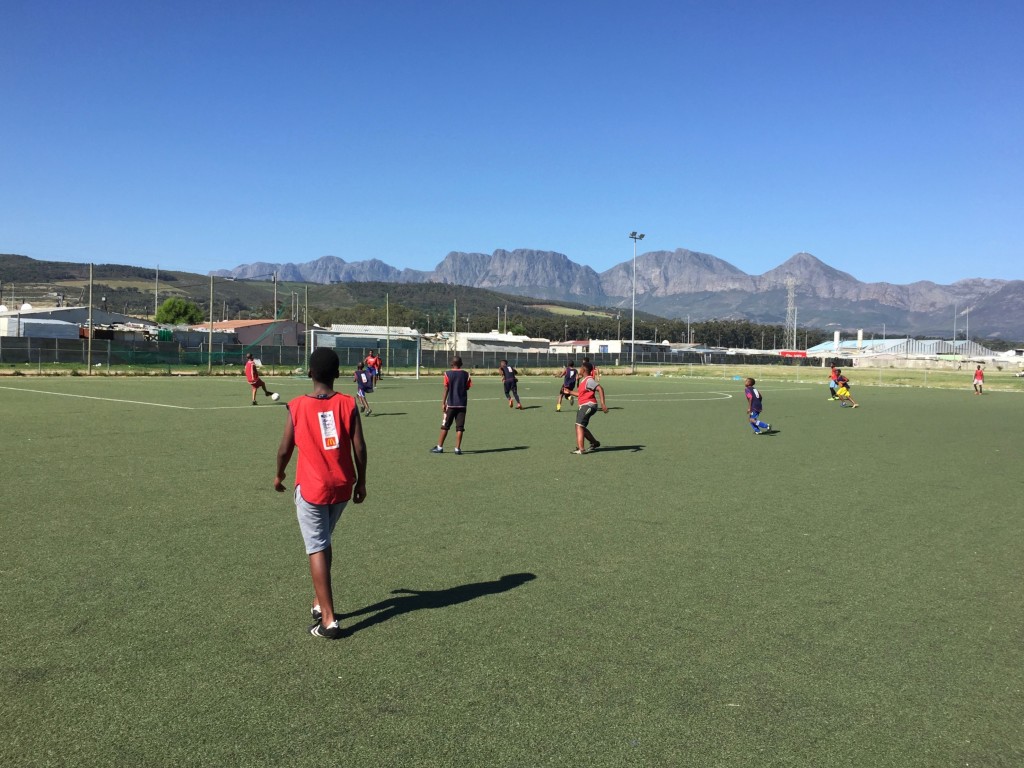 Last week was games week. Macassar and Sir Lowry’s Pass played each other at Rugby (boys) and Netball (girls). These games were played at an electric pace and they enabled the boys and girls to demonstrate all that they have learned about the lifeskill: Respect. When you are in the middle of a competitive game, it is very easy to argue with the referee or with others, so it was great to see the children and young people respecting each other in a competitive fixture.

In Lwandle (pictured), we did a large game with all the participants from this community. In recent weeks we have had up to forty boys attending, so we decided to give everyone an opportunity to play a full game. There were different conditions placed upon the game to encourage the participation of the younger children. The game was closely fought throughout the first half, but as the red team tired, the blue team stepped up the tempo. The boys thoroughly enjoyed the game and demonstrated their respect for each other through their attitudes and responses to challenging circumstances.